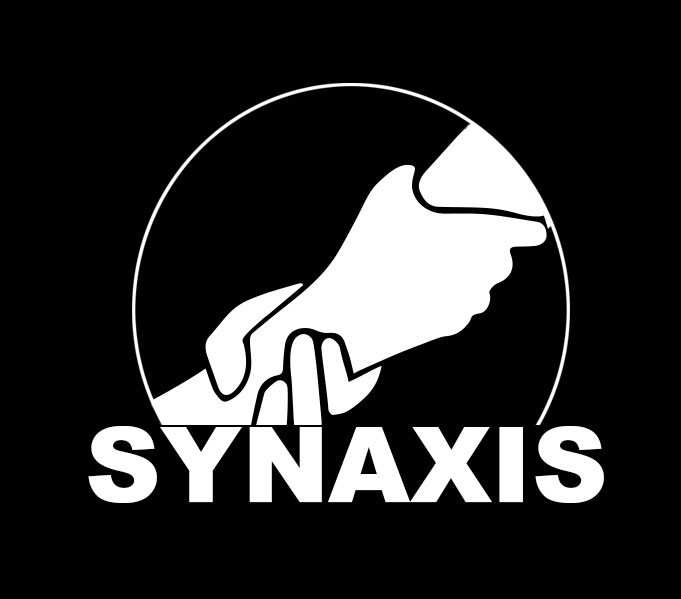 syn•ax•is | a gathering, a coming together or a reunion.

Several years ago God showed me a changing way of gathering that was occurring in His Kingdom plan. He revealed that new, faster, innovative ways of communication were coming. He showed me small, intimate gatherings in homes to strategize and gain direction to overcome in the world. He showed me our ability to meet, communicate quickly and then advance and have influence in the world. He showed me the House Church Structure for the future and why this type of gathering in clusters was important. How we gather and strategize will be our key to overcoming in days ahead.

WHAT IS A SYNAXIS?

One of the Early Church’s names for “house church” gatherings was SYNAXIS.  Synaxis is a Greek word that meant “a gathering, a coming together or a reunion.”  A synaxis was a “family reunion” of their spiritual family.  A synaxis was a very specific kind of meeting, with a very specific purpose.  While synaxis gatherings are mentioned all throughout the New Testament, the book of 1 Corinthians gives us the clearest picture of what took place in these meetings.  1 Corinthians reveals that synaxis meetings were designed to accomplish at least four specific things:

Every week, the members of the early church met in a synaxis.  As the large celebration gatherings were incubators for faith and vision, the small synaxis gatherings were incubators for gifts.  In the synaxis, believers were trained to discover, develop, and practice their gifts.  It is in the context of a synaxis that the goal of Ephesians 4 is fulfilled.  God’s people are equipped for the work of ministry. I believe that was a major key to the success of the early church.  Even if all of the five-fold ministers were in place, if there was not a place where believers could actually practice their gifts, no “equipping” could occur.  But when believers are built up in faith through the celebrations, and then given opportunity to exercise their gifts in the synaxis, a revival dynamic is created.  The church is no longer a passive congregation.  It is an army, operating in the supernatural power of God to change the world.

WHAT IS THE SCHEDULE?

You can find the synaxis schedule at the bottom of this page.

Ministering In and Experiencing the Spirit

This synaxis will be for teaching, demonstrating and manifesting the gifts of the Holy Spirit.  This class is for those who want to minister!

W*W*W for Life is a synaxis group for women who recognize that they are chosen by God to become a brand-new expression for His kingdom to advance throughout the earth. God is calling his daughters and causing them to come forth and become everything He needs in this hour! For such a time as this, women are being positioned by God to birth a movement all across the earth and God is saying “It’s time to move!” If you’re ready, come out and join this synaxis.  The Lord is taking us into new dimensions and depths for which He has long prepared us!  In this new era, our gifts, callings and resources will be used in extraordinary ways to usher in a new season of harvest! We will stand together as One and watch God deliver many, as we take our place.

The mission of this synaxis is to launch an apostolic prototype of equipping and developing leaders to share the benefits of aligning with God’s Calendar (Yahweh’s appointed times and cycles of blessing) with an evangelistic purpose (Harvest) to be carried out in a multitude of settings (homes, businesses, classrooms, neighborhoods, etc.). These One New Man gatherings will multiply and create apostolic movement as new leaders are raised up and sent out to model the birthing of great expectation for favor and blessing through the celebration of Firstfruits and Shabbat.  This will result in further exploration and celebration of Yahweh’s annual appointed feasts, and will create new strengthening of marriages, families, relationships and a stronger commitment and alignment to God’s timing. It will also generate supernatural unity and build the Kingdom for God’s Glory.

His Handiwork is a synaxis fellowship built around the exploration of and participation in needle arts and other handiwork activities.  We welcome anyone interested in discovering the value of working with your hands in a community of curious craftspeople.  Our first expression of experiencing our ability to create will be with sewing and knitting.  Bring your machine or your cloth project.  We will have stations at Beulah Acres where we watch and learn from each other.  Our first meeting will be a time of getting acquainted and assessing abilities and desires in the realm of hand and machine sewing. If you are interested in His Handiwork, please call our office receptionist at 940-382-7231 so Pam and Emilie can prepare the necessary stations.

It’s time to align together for harvest!  Below is the Kingdom Harvest Alliance questionnaire. You will need to fill this out and submit it to complete your alignment in KHA. Whether you are an individual, couple, or family, EACH person will need to fill out the questionnaire. Please use the same email address you used when updating your contact information. If you have questions about this form, please scroll up and view the additional resources section on this page.